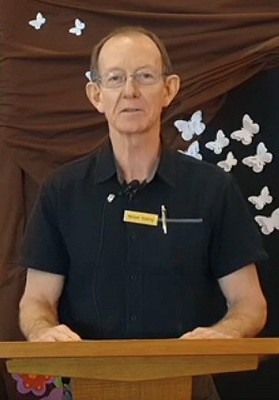 Our Blackwood Uniting Church community was delighted to welcome Michael Dowling to serve with us from the 18th of March 2019 with his formal Induction Service on the 29th of March. Michael kindly wrote up the following bio to share with us how he came to BUC.

The life trajectory that has brought me here to Blackwood Uniting Church is, well, strange. I was born to Irish parents and so was raised Catholic (you don’t get a choice in the matter!). My childhood faith didn’t ‘stick’ and, in my early twenties, I went absent without leave from the Christian faith, becoming for ten or more years a couldn’t-care-less agnostic. During this time, I studied science at university and then worked initially as an analytical chemist, before moving into the field of scientific instrumentation sales, service and technical support. I married and had two beautiful sons, but my marriage did not last, with my then wife and I separating.

Some months after the split I had a life-changing experience that profoundly altered the trajectory of my life, both internal and external and, as a result, I embarked on a quest to discover or perhaps to rediscover this ‘God’ that I had rejected many years earlier. My quest took me on many highways and byways, through an exploration of many religious faiths and belief systems before, finally, I was led back, full of surprise and wonder, into the Christian faith, only now within the Uniting Church.

At the beginning of this extraordinary period of exploration I met and married my darling Joy. Together, we formed a blended family, with my two little boys and Joy’s three older children (two boys and a girl), one of whom had already left home. It has been a source of enduring delight for Joy and I that our kids have got on so well together, remaining close friends into adulthood. Joy and I also started our own self-employed business where we acted as the South Australian sales, service and technical support representatives for a number of scientific instrument firms, including Hewlett Packard. It was a wonderful, challenging, intellectually stimulating twelve years of working together. During that same period, our involvement with the Uniting Church continued to increase until one day I received a proverbial ‘tap on the shoulder’ about ordained ministry. “Who? Me? No way!” Hmmm… as it turned out, “Yes way!”

On my very non-linear journey into ministry, I discovered within myself a passion to make sense of this life that we live! I developed an almost insatiable curiosity about the intersection between our lived human experience; the workings of the natural world of which we humans form an integral part; the ever-changing scientific understanding of the same; and our understanding of and faith in the God who loves us.

Since Joy and I were a couple who never did anything by halves, not only did I commence a full-time Bachelor of Ministry degree, but Joy also simultaneously started a double degree in Social Work and Social Planning! It was brilliant, and we both loved it! Sadly, and before the completion of her studies, Joy suffered an acute health crisis in 2009 and, although she survived, she would be on oxygen 24/7 for the rest of her life, and with a greatly diminished capacity. Together, we began to come to terms with the new, ever-changing reality that would mark the remaining ten years of our life together. I completed my ministry degree, and commenced aged care chaplaincy with Eldercare, something which I continued for six years, and which I loved. During this time, as well as being Joy’s husband, I was also her carer, assisting her with those things she could no longer do. Joy exhibited tremendous courage and resilience during these ten years, making sure she did everything she was still capable of doing, including having fun!

At the beginning of 2018, I left my chaplaincy work, in order to be home full-time with Joy. That decision was so right. Joy continued to decline during the year, but my being at home gave us the time and the space to reconnect at a very deep level. The last year we spent together was just the best! My darling Joy died on 16th November 2018, surrounded by those she loved. I continue to miss my beautiful Joy greatly, but the overarching feeling I have now is not grief, but rather an immense sense of gratitude for the life and love we shared, fully and without regret, for 24 years.

Coming to Blackwood Uniting Church has been, for me, an absolute gift. It is not so much that I feel “at home” here at Blackwood Uniting Church, but more that I have come home. It is a place of warmth and welcome, a place of hearts and minds, and a place for questions and curiosity. It is also the place where I met and married the beautiful, the magnificent, the wonderful Karen Collins. In this dual coming together, as the minister at Blackwood, and in my relationship with Karen, my life has been transformed in ways beyond my imagining.

I am, quite simply, the luckiest of men. 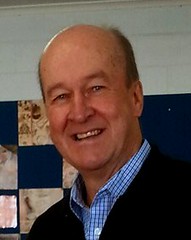 The Rev Phil Hoffmann last day as our Minister was 31 December 2017. He has taken up a new ministry as chaplain at Westminster School and the entire community here at Blackwood Uniting Church are grateful to have had him working with us and now wish him all the very best in his new role.

The Rev Phil Hoffmann formally accepted our invitation to be our full time Minister, and started with us on the 1st of June 2013 and was inducted in the Blackwood Uniting Church on Wednesday June 12th.

Phil is an Adelaide boy, born at Blackwood in the autumn of 1958. During his growing years at Seacombe Gardens, one of the activities of his family’s local church (Church of Christ) was weekend home-stays for children at Colebrook House at Eden Hills. This brought two Aboriginal sisters into Phil’s family home.

After a family shift when he was seven years old, Phil attended Westbourne Park Primary and Unley and then later, Modbury High Schools. After gaining an economics degree, during which time he ‘accidentally’ won the University Prize, Phil spent time as a community youth worker with the Uniting Church at Tea Tree Gully. During this time Phil attended a World Methodist Youth Conference in Truro, England with several now-members of Blackwood Uniting.

Phil then had time in Canberra as an adviser in the Prime Minister’s Department before three years (1988 – 1990) living in the Middle East accompanying his then wife who was posted there with the Australian Department of Foreign Affairs. This experience and the exposure to the cultural backgrounds of the Bible inform his preaching to this day.

In 1997, Phil married Karen, who had come with her family from Cardiff, Wales, when Karen was 18.

With a further degree in theology, Phil was ordained in 1998, serving at Brougham Place Uniting Church at North Adelaide and, prior to taking up his appointment at Blackwood, Rosefield Uniting Church at Highgate.

Phil is the proud father of five children, three of whom are adopted.  He is a cricket lover, passionate football follower and avid watcher of current affairs.

His other pursuit has been in comedy, having been a member of the former “Flying Fettuccinis”.  He is a storyteller and one of his many heroes is Garrison Keillor, the American author of the News from Lake Wobegon (on the radio show A Prairie Home Companion) where “all the women are strong, all the men are good-looking and all the children are above average.” Rev Coral Cogs Smith (Deacon) was welcomed to Blackwood Uniting Church as our 0.5 mission Outreach Minister on 22nd May 2011.

Coral enjoys meeting the many varied groups at Blackwood and being involved in our community life. Warm-hearted and conscientious, she works with determination to establish harmony around her. As a Uniting Church Deacon Minister, her interests lie not only within the church but also with the wider community.

She believes that true community is life giving in our day-to-day world. And can provide a safe place that helps to us deal with the constant changes that are happening around us – a space to work out what we think and feel about life and to assist in deciding what is important in this time and place.

Coral is married to Dave and they have three adult children and a grandchild.

Cogs accepted a position with Willunga Uniting Church in July 2015. We wish her well in her new posting and look forward to continuing to see her around! Our own Rev Dr Adrian Brown supported Rev Cogs in January and February as well as March, April and May of 2013 while we awaited the arrival of Rev Phil Hoffmann. Robyn Caldicott served us for nine months that finished on Palm Sunday, 1 April 2012. We were delighted to have her back with us while Rev Cogs was on leave (4 March – 21 April 2013). 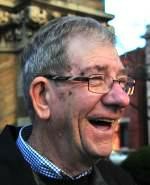 We were pleased to have the Rev Dr Dean Eland as an interim supply minister from 5th of August to 30 December 2012.

Our congregation welcomed Rev Leanne Jenski in 2006 as a minister of the Word experienced in working in aged care as well as with congregations in the West Australian Synod. Her ability in leading worship inspired many of us and caused us to think more deeply about our faith and how we can live out our mission statement which says:

The people of Blackwood Uniting Church are called by God to be an inclusive Christian community committed to justice, learning, service and care.

Open minded, approachable, creative, enthusiastic, level headed as well as with the ability to think outside the square are just some of the attributes Leanne brought to her ministry here. Her IT expertise was also much appreciated and she extended many members’ skills through her involvement and input. She worked as a team member with our other minister, who is employed part time at Blackwood. She related easily to people of all ages and was well able to discuss joys and sadnesses, needs and ideas with those who come seeking counselling or conversation.

Her own faith story reveals the importance of family and extended family as well as a deep sense of calling to the ministry and a fervent desire to enable the gospel to be relevant in the 21st century to those both within and outside the established church family. In her relationships with all those with whom she deals, Leanne believes in building bridges as well as courageously striving to break down any barriers which may prevent the furthering or establishment of true Christian community.

Leanne lives with her partner Rev Susan Wickham and they have three adult children and one grand-daughter.

Leanne accepted a new position as Chaplain at Flinders Medical Hospital and we bid her farewell from Blackwood Uniting Church on the 22nd of July 2012.