The Christmas Star that has adorned the Blackwood Uniting Church during Advent and Christmas for many years has had a refresh.  A major reconstruction.

Thanks to Simon Chapman from Chapman Fabrication for welding up the aluminium in the odd angles.

Thanks to George Costa from HWH Powder Coaters for making the star shine bright white during the daytime.

LED lighting by Tim Lee, with advice from Rowan Lee.  It presently fades between cool & warm white every 2-5 seconds but that can be easily be reprogrammed.

The idea of the star came from Rev. Geoff Bridge and Rod Pike in 1992. Rod designed and made the star with the assistance of Eric Jenner, who made the supporting steel frame and Tom Way who fitted the 100 small light bulbs.

A special thanks to the team from SA Power Networks, who for all the years it’s been up have provided the facilities & expertise to lift it into place each year, and take it down again when Christmas is over.

Thanks to Graham Brown, Russell Grear & the Tools gang for general advice and encouragement. 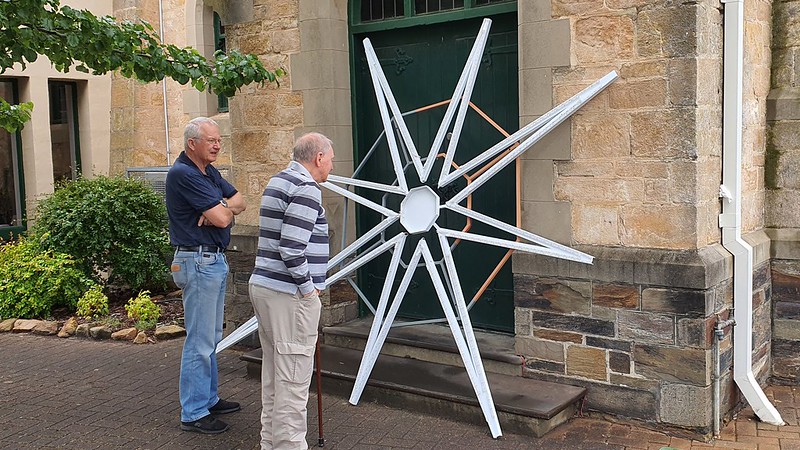 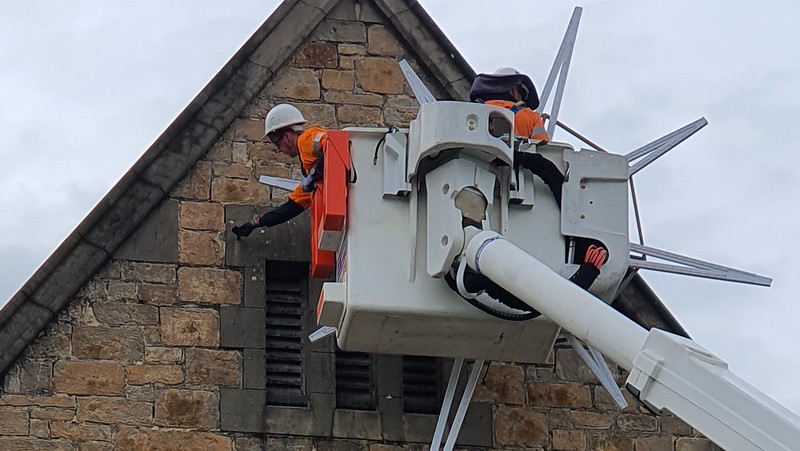 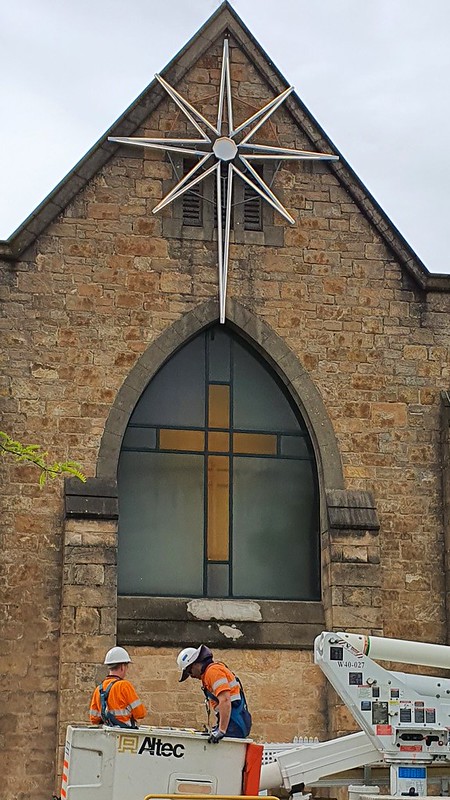 All done – and it works! 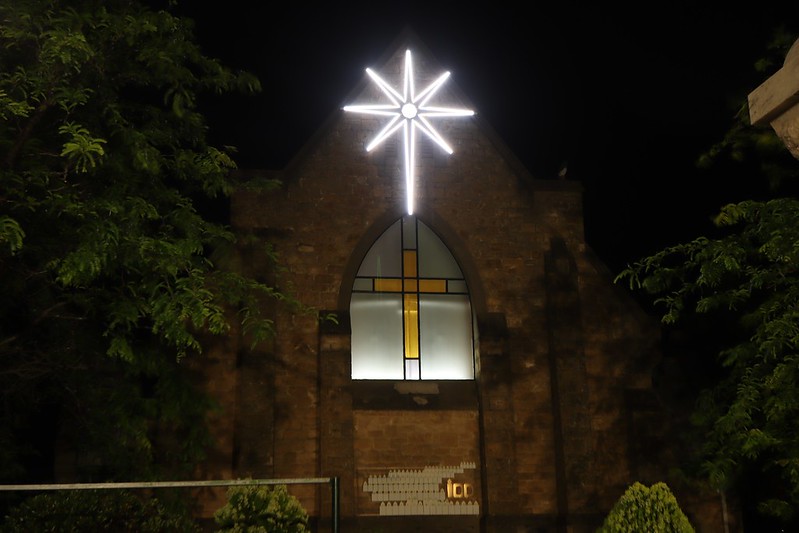 But it’s at night it really shines, and ‘twinkles’ in it’s own way.